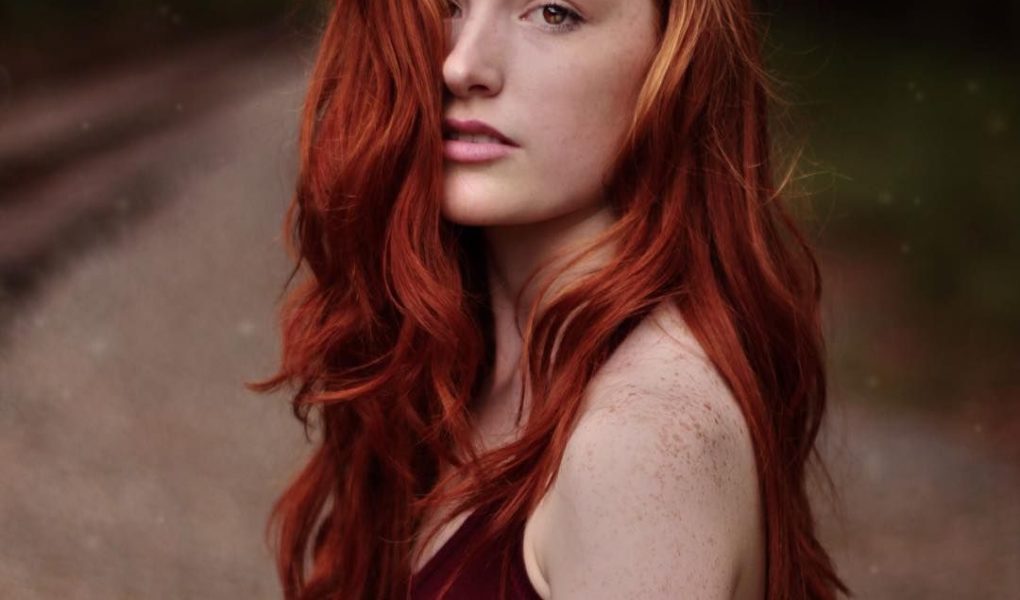 Hair is a beautiful but fragile gift from nature. Hair is not only an ornament, but it also protects the scalp from cold and heat, from dust and wind. Each hair lives on average 2-4 years. It grows by about 0.4 mm per day. Reaching a certain length, the hair gradually falls out, being replaced by new ones. On average, a healthy person loses 40-50 hairs per day, while elderly people have 100 hairs or more. In people who are anemic and nervous, who have had an infectious disease, and especially those who suffer from internal secretion organ disease, hair loss dramatically increases.

Fact No. 1
About why we’re graying.

Our hair has a certain color thanks to the pigment melanin, which is produced by melanocyte cells. By mixing the two pigments, eumelanin and pheomelanin, our hair is given an individual color. When the melanocyte starts to produce less melanin, the hair is discolored and grey. It is known that these cells lose their efficiency by about 10-20% in 10 years of life. However, it is still unclear why. In one of the studies, scientists concluded that it was probably hydrogen peroxide. The follicle produces a small amount of this substance, and gradually, with the accumulation of hydrogen peroxide in the hair blocks the normal synthesis (production) of melanin. As a result, the hair loses its color. Despite the fact that this theory does not have a solid evidence base, the company L’Oreal took advantage of it and promised to release a drug that slows down the greying.

The first gray hair may appear already in adolescence, but most often it happens at the age of 35-50. When exactly – depends on heredity. But there is also premature greying of hair, which in some cases is not the norm. It can be a symptom of hypothyroidism, vitamin B12 deficiency, neurofibromatosis, vitiligo, a rare inherited disease called ‘Werner syndrome’ (progeria adults – premature aging), and heart disease. Smokers also get gray before their peers.

Fact #2
About redheads and melanoma.

Those with red hair are more likely to get melanoma or skin cancer than those with different hair colors. The reason for this is a special mutation of the MC1R gene. It is often found in redheaded people and those with melanoma. Under normal circumstances, MC1R acts as a protector of a protein that inhibits the growth of cancerous cells. And this naturally reduces the risk of skin cancer. However, in owners of red hair due to a special kind of gene, the protective system is broken, and there are such changes in pigment cells, which can lead to melanoma.

The same gene is probably related to the development of prostate cancer. It turned out that redheaded men, whose hair color is determined by special variants of the MC1R gene, suffer from prostate cancer half as often as brown hair. However, the mechanisms of this dependence are rather vague.

Fact #3
About when hair grows faster. 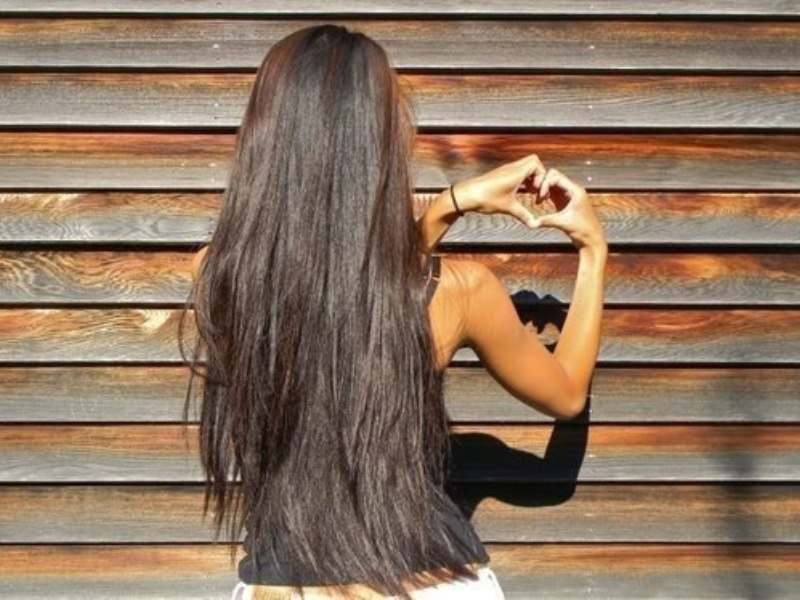 Circadian rhythms (biorhythms) are our “internal clock”, each cycle takes about a day. Many processes take place in the body according to these rhythms (changes in body temperature, the intensity of production of various substances, sleep changes, and waking). In the 1990s, researchers discovered genes that were responsible for circadian rhythms and were active in a variety of organs and tissues.

In the past, these genes had to be studied by invasive methods: blood was constantly taken from volunteers. But recently it has been discovered that the activity of hair follicles is also subject to biorhythms: it is maximum during waking. In the study, Japanese scientists specifically disrupted the sleep and waking of volunteers and observed that the shift in rhythm occurs in the hair follicles. Scientists believe that this knowledge will help in studying and solving the problem of insomnia (insomnia) and other disorders of circadian rhythms.

In another study, the scientists found that the mitotic cycle (a set of processes during which mitosis occurs – cell division) depends on circadian rhythm. And in the morning, hair grows faster than in the afternoon. It is during mitosis that the cell is most susceptible to damage. The experiment carried out on mice showed that during the exposure to gamma-rays in the morning, during the mitotic peak, quite a lot of hair fell out. And after the same exposure in the afternoon, hair loss was minimal. This discovery is likely to further reduce the harmful effects of radiation therapy in patients with cancer.

Fact No. 4
About Rapunzel syndrome and the desire to twist your hair.

There is a rare mental disorder associated with hair – trichology or Rapunzel syndrome. The disease is named after the heroine of a fairy tale Grimm brothers – girls with very long hair. In this syndrome, a person deliberately absorbs their hair, resulting in the formation of trichobezoar – a hairball. This can lead to bloody vomiting, bowel obstruction, and surgical intervention.

Trichophagia (hair eating) can be combined with trichotillomania, where a person has an obsessive desire to twist and pull their hair, resulting in hair loss. Specialists believe that this way a person suffering from this obsessive-compulsive disorder relieves stress. Probably the reasons may be a lack of serotonin, abnormal brain structure, the desire to harm themselves in order to get rid of emotional stress, the desire to hurt themselves because of a constant sense of guilt or low self-esteem. Trichotillomania can also be a protective mechanism after sexual abuse, when through intentional disfigurement, the woman, in her opinion, makes herself less attractive and thus protects herself from repeated abuse. People suffering from the disease require mandatory psychotherapy as well as antidepressants such as sertraline, fluoxetine, and clomipramine.

Fact No. 5
About hair loss and heredity. 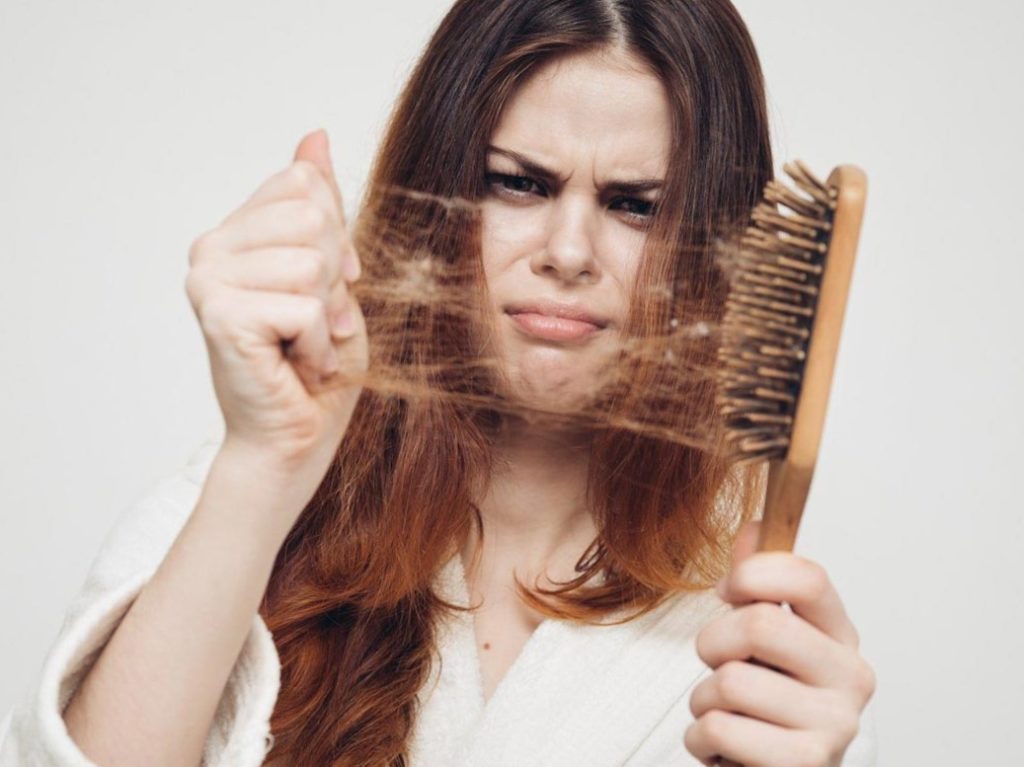 It is considered the norm if less than 100 hairs fell out of a person’s head during the day. The pathology is when the hair has fallen out and no other hair appears in its place. Active hair loss can be caused by severe psycho-emotional stress, protein deficiency due to diet, taking medication (some oral contraceptives, beta-blockers, non-steroidal anti-inflammatory drugs such as ibuprofen, etc.) or infectious diseases (such as syphilis). This condition is called alopecia.

In men, however, the most common cause is not what is listed above. The predisposition to alopecia can be transmitted from both the father and mother. Hair loss in this case is regulated by the sex hormone dihydrotestosterone. The presence of receptors sensitive to it is determined by the gene on the X chromosome (transmitted by the mother). And most often men with this feature have problems with their hair. However, this predisposition to baldness is not limited. On chromosome 20 (the one transmitted by the mother and the one transmitted by the father), the gene encoding the same androgenic repeaters may have changes that affect alopecia development. If a man inherits such a change on one chromosome, then the probability of early hair loss increases by a factor of 3.7. If both of them are 6.1 times more likely to lose hair. 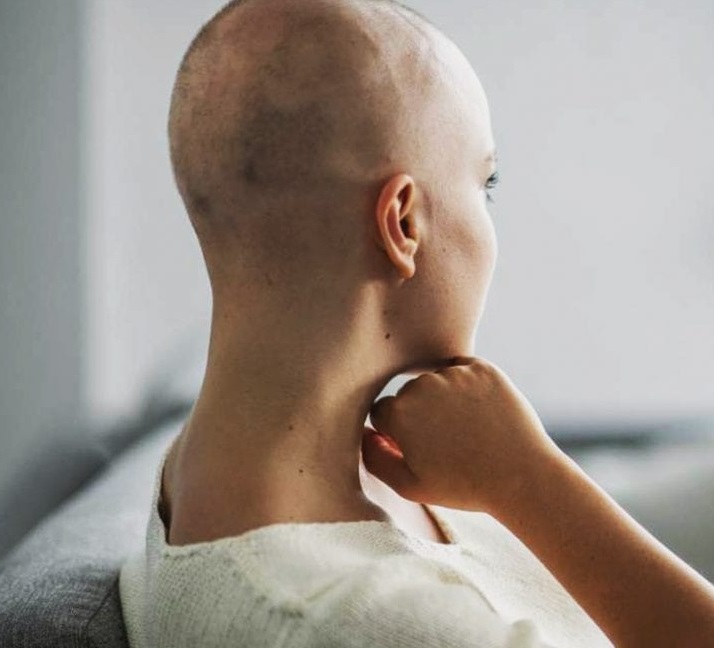 Why women become bald is still unclear. It’s usually associated with an excess of male hormones. The fact is that in women alopecia often develops after menopause when changes occur in the endocrine system. Otherwise, it’s just like in men. Plays the role of heredity, some skin, autoimmune diseases, an excess or lack of thyroid hormone, lack of vitamin B, iron.

In women, baldness is not the same as in men: hair thinning mainly on the neck and never along the line of hair growth on the forehead. All hair loss is very rare.

Fact No. 7
About bald shapes 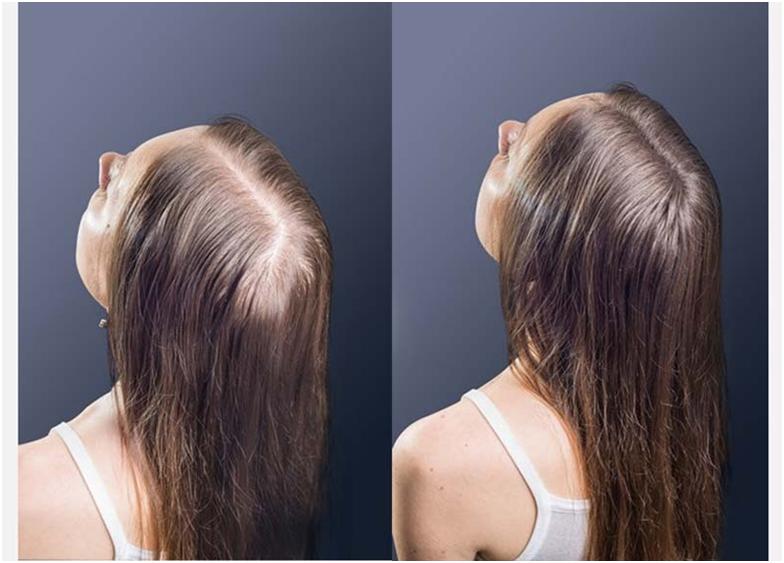 In men, the degree of alopecia is characterized by the Norwood scale and in women by the Ludwig and Savin scales. Not all hairs are subject to the most common type of alopecia, androgenetic. In men, the risk zone is the hair growth line on the forehead and forehead. Hair bulbs in these areas depend on the male sex hormone dihydrotestosterone. Therefore, these areas are called androgen-sensitive. Due to the excessive production of dihydrotestosterone, hair follicle dystrophy occurs, and as a result, the dystrophy of the hair itself. Hair at the back of the head is not affected by this hormone – it is androgen-independent. It’s a horseshoe-shaped form of baldness that’s connected to this fact. If a man only has a bald head, he needs to be more attentive to his cardiovascular system: recently scientists have found that this form of baldness is associated with an increased risk of coronary heart disease. However, it is not clear why there is such a dependence.

Fact No. 8
About the agony of bald people.

Alopecia by itself is not dangerous to the body. But men worry about baldness and think that it makes them less attractive in the eyes of women. 28% of Americans admit that when they ask someone out, hair problems make them uncomfortable. The job suffers from this condition, too. For example, 63 percent of women with alopecia had trouble advancing their careers, and 11 percent of bald Americans had trouble interviewing for a job. But it’s not that bad. In another survey, almost half of those surveyed said bald men were a sign of masculinity, and 13 percent of those surveyed were bald men even above their hairy rivals. It is also interesting that 47% of those surveyed said they would spend all their life savings on hair restoration. Another 60% admitted that they would rather have had more hair than more friends. And 30% of respondents said they would give up sex if it gave them back their hair. 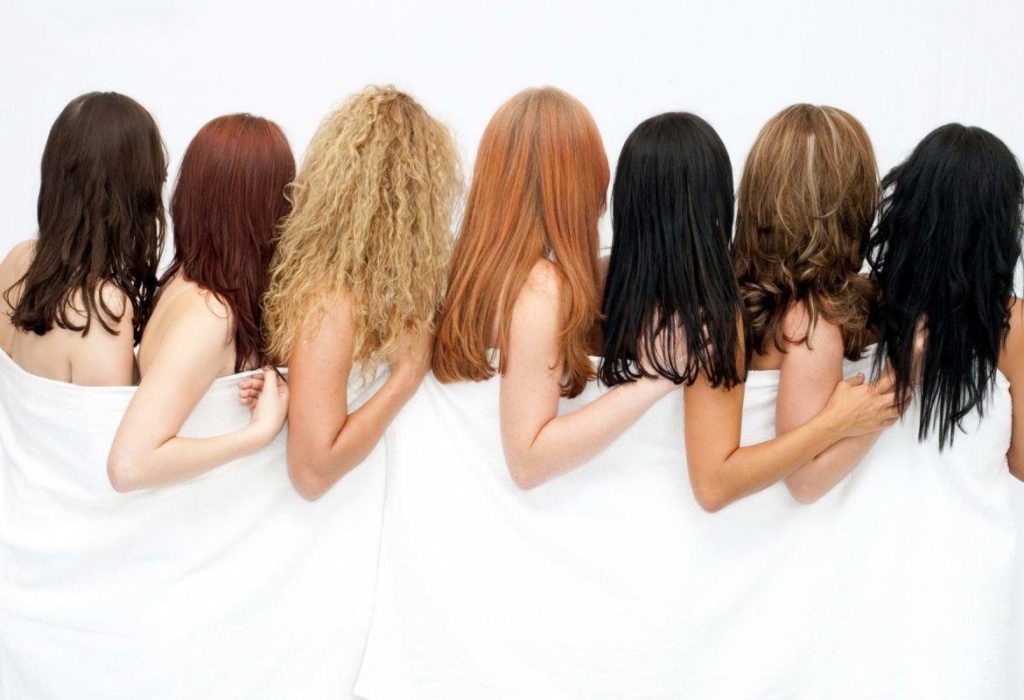